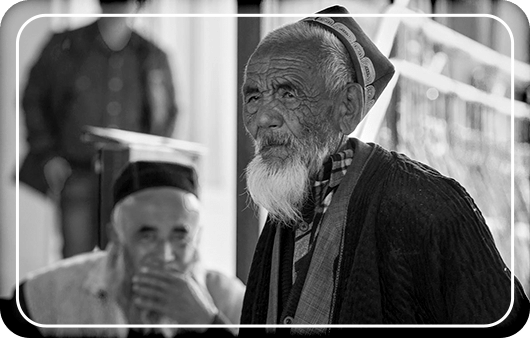 Day 1: Tashkent- Nukus
You will be taking a flight to Nukus firsthand. During the day, you will be having a city tour. There is a museum which holds the paintings that were forbidden during the times of the Soviet Union. There are also a lot of other locations that are very interesting such as the Chiplyk ancient monument that is around 2200 years old. Night is in the hotel.

Day 2: Nukus - Khiva
The following morning, you will be driving to Khiva. The city is known for having an inner fortified city. The 400 dwellings, 60 monuments and 17th century fortress stand behind those fortified walls. You will walk around the city and learn a lot from your guide during this day. Night in the hotel.

Day 3: Khiva - Bukhara
In the morning, you will travel to Bukhara. The city holds up to 140 architectural monuments which make it an open air museum. Your road towards Bukhara will pass through the Kizilkum desert and along the Amu Darya river. Once you arrive to Bukhara, you will habe some free time before going to the hotel for the night.

Day 4: Bukhara
The following day, you will have a city tour around Bukhara. You will see such places as the Citadel Ark, the Chashma Ayub mosque, Bolo-Hauz mosque, Nodir Divan Begi, Poi Kalon complex and etc. overall you will the buildings that range from 4th century to 16th century. You will then spend your night in the hotel.

Day 5: Bukhara - Yurts camp of Nurata
The next morning you will travel to the town of Nurata. The city is widely known for the fortress which is considered to have been built by Alexander the Great back in the 4th century BC. There are also many other different locations within the city that you will be seeing this day such as the Mamazgokh Mosque, Khasan-Khuseyn Mosque, and the pond with sacred fish. Your tour will then lead you to the desert in order to spend your night in the yurt.

Day 6: Nurata - Samarkand
The following day, you will travel to Samarkand. The second largest city in the world, also holds a lot of artifacts and monuments and buildings and etc. The city has  a variety of historical monuments that date back to 11th - 17th centuries. You will be seeing any beautiful and ancient constructions today. They include such famous buildings as the Bibi Khanum Mosque, Registan Square, Guri Emir mosque and etc. you will then spend your night in the hotel.

Day 7: Samarkand - Tashkent
The following morning you will travel to Tashkent via train. The city may offer two sides to you - the old city and the new city. There are different type of attractions in the both historical parts of the city. For instance you may take metro in the new city. By the way, the metro of Uzbekistan is considered to be one of the most beautiful ones in the world due to the design of the metro stations. In the old city you may take a look at the Quran which dates back to the 8th century and which is believed to belong to one of the successors of Prophet Mohammad. Night in the hotel.

Day 8: Tashkent - Flight
Next morning transfer to the airport.