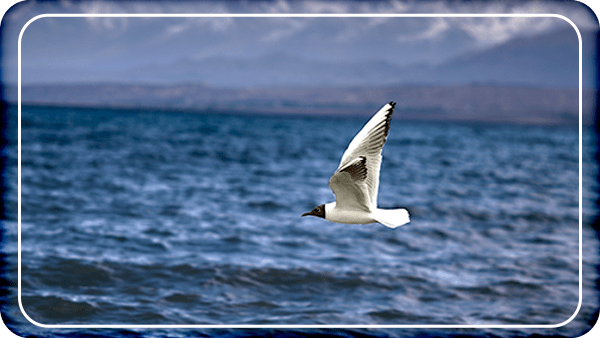 Day 1: Osh
You will arrive to Osh city and meet you guide and start your travelling in the southern capital of Kyrgyzstan. Osh is located in the south part of Kyrgyzstan and the second largest city. The city tour of Osh will start from visiting famous Suleiman Mountain, also known al Solomon's Mountain. According to the legend, the mound of prophet Suleiman was found on the foothills of this mountain. Here you will also see the cave museum of archeology and wildlife of the area. Later you will explore the Asian Bazaar, where you can find handcraft items and part of traditional Kyrgyz clothing. Overnight in a hotel.

Day 2: Osh - Bishkek
After breakfast at the hotel, you will travel to the airport for morning flight to Bishkek to start in the north of Kyrgyzstan. Bishkek is the capital city and the greenest city in Central Asia. It boasts with green and wide parks. Sightseeing will start from Victory Square, which was built for the glory of the victory over fascism during the World War II. There are 300 thousand people from Kyrgyzstan participated in the war. Later you will enjoy walk through Oak Park and see the gallery of the paintings. The main square is Ala Too, taking its name from the snow caped mountains on the south of the city. the informative excursion in the National Museum of Fine Art will be followed by the Philharmonic Hall of the city. Afternoon, oriental Asian Bazaar allows you to take many colorful photos. Here you will see the real life of the seller and buyer. Night will be in a hotel.

Day 3: Bishkek - Ala Archa - Bishkek - Kochkor
The first half of the day tour will be in the nature. The National Park of Ala-Archa is located in the Kyrgyz Ala Too range, one of the longest in Kyrgyzstan. The altitude of the park varies from 1500 to 2800 meters above the level where many visitirs like to travel. It is rich in wildlife: many kind of herbal plants and rare species of animals. All these are only 1-hour drive from Bishkek. After having enjoyed the beauty of the nature, have a lunch in the city. On the way to Kochkor village, you will stop at the Burana complex. It is the old city remains dating back to 11th-12th century. The Balbals, human shaped gravestones are the part of the exhibition. Arrive to Kochkor via Boom gorge. You will spend night in a guesthouse.

Day 4: Kochkor - Son Kul
In the morning, you will leave to the land of nomads for your tour to the second largest Lake Son Kul, situated on the altitude of 3016 meters, popular in Kyrgyzstan. Around the lake is used as a summer pasture by the shepherds of Naryn region. From May to October; you can see lots of yurts and travellers. Yurts are traditional portable dwelling of nomads; its carcass is from wood and covered with thick layer of felt. These nomadic houses made without any single metal. After arrival, you will be free to enjoy the fantastic beauty of the landscape. You will spend night in a yurt.

Day 5: Son Kul - 33 parrots Pass - Kochkor - Issyk Kul
Today you will go via 33 parrots pass, which reaches 3,133 meters above the see level. When you travel down on 33 serpentine roads, you will take a break to stop for the waterfall. En route, you will stop in the motherland of the traditional felt carpets. It is a Kochkor village, where you will see and participate in the process of making carpets. There are many organization of the local handicraftswomen, which send these amazing carpets to all part of the word. After you make your own carpet, you can visit organization shops or small museum of antique things. Transfer to Issyk Kul Lake. This travel will be one of the best tours in Kyrgyzstan of a time. Overnight in a hotel near the lake.

Day 6: Issyk Kul lake - Bishkek
The Issyk Kul is the second largest alpine lake in the world. It located between Kungei and Teskey Ala Too, which is the extension of Tien Shan Mountain system. Today you will travel to the large collection of petroglyphs, one of the most ancient in Kyrgyzstan. These are 2000 years old ancient stone carvings. It is believed that Shamans made them. There are pictures of hunters, caravans, spiritual dances and mountain goats. Here it opens beautiful view to the lake. Next excursion will be to the local historical museum of Cholpon Ata. It is a resort town on the northern shore of the lake. Drive to Bishkek city and rest in a hotel. End of tour.

Day 7: Bishkek - Airport
We hope you will not forget to take all your wonderful memories of the trip. Transfer to the airport.