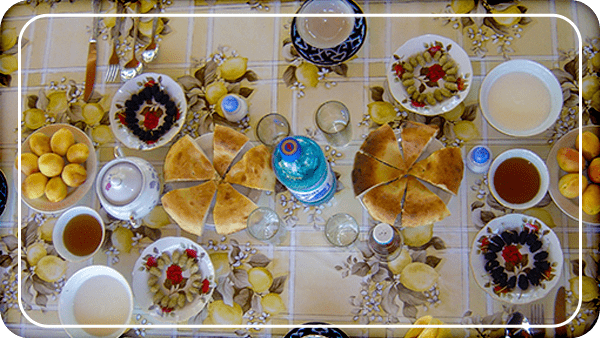 Day 1: Almaty
Transfer from the airport to sightseeing to start your "Law of Hospitality" tour. Almaty - the picturesque resort city full of the most beautiful buildings and greens, in which set of parks and squares with fountains. It quite deservedly carries "a garden city" rank. In course of the tour you will experience one of the famous place  - the Green Bazaar, it is one of the most oldest markets of the city of Almaty. It exists 150 years. Here you can find everything - fruit, vegetables, clothes. Then the tour will continue in Panfilov Park- the historical complex located in Medeuregion of Almaty. It occupies 18 hectares of the territory. In this park one of the highest wooden glorious churches- Zenkov Cathedral, erected without use of nails that makes it twice unique. In the tour you will also visit the Memorial of Glory and Eternal Flame, dedicated to the memory of the strugglers who died for freedom and independence of the country.  You will discover sport, cultural and business areas of the city and next you will get to the Medeo Gorge. The sports complex is constructed in mountain natural boundary Medeo at height of 1 690 metres near city of Alma-Ata in Kazakhstan. Next destination is the Kok-Tobe.The Kok-Tobe hill connects with Almaty a cableway, extent in 1727 metres. From mountain top it is possible to see not only city landscapes, but also bewitching panoramas of foothills of Zailiisky Alatau. In conclusion of the tour you will have the short ride by the famous Almaty cableway. Then drive to the hotel.

Day 2: Almaty - Tamgaly - Altyn Emel
The tour continues! In the morning you will transfer to Altyn Emel national park. The greatest and known nature protection territory in Kazakhstan where are the well-known Singing Dune, majestic Saks barrows and picturesque mountains Aktau and Katutau. On the way you will visit Tamgaly Tas. In course of the tour you will pass Kapshagai water reservoir. Kapshagai water basin represents an artificial reservoir which has been created in 1970. Further you will visit  Tamgaly Tas. On rocks thousand have remained images of mysterious deities and late inscriptions among which the most known are images of the Buddha. Frther you will drive to Basshi village, which is situated at the territory of Altyn Emel National Park. And then you will visit the Singing Dune. Singing Dune which sometimes name singing mountain this sight consists of sand as any other barchans in deserts. It reaches a height of 150 meters and a length of about 3 km, and is located in one of the corners of the Altyn-Emel National Park. Ind end of the tour , you will drive back to Basshi village. Overnight in a cozy local hotel.

Day 3: Altyn Emel
Today you will drive on off-road  (approx. 2 hours) to the Aktau Mountains. «Aktau» is translated into Russian as «white mountains» as here various shades, but in most cases the white. These amazing mountains on staginess have been formed millions years ago. Among the finds there are the remains the giant rhinos, crocodiles, turtles. Huge conical mountains remind the Egyptian pyramids and are a magical scene of the variety of shapes and colors. Tourists and guides often compare this place to a surface of Mars because of a red landscape and a dry surface. In this district a considerable quantity of representatives of ancient plants - the basic objects of flora of region. After sightseeing at Aktau Mountains, you will return to Basshi village for overnight.

Day 4: Altyn Emel - Charyn - Almaty
The tour starts with driving Ash-tree Grove on the Temerlik River. Ashen grove the surprising and unique world which has settled down in natural boundary Sarytogai along the river Charyn. It is a grove «Sogdian» an ash-tree. The grove was stretched along the river on 20 km. improbable combination of origin, a cosiness and appeal of a grove attracting in shady halls. In course of the tour you will transfer to Charyn Canyon. Upon arrival, you will admire the grand panorama and go down the stairs to the bottom of the canyon, then walk around 2 km through the maze of the Castles Valley with its walls of bizarre shapes overhanging you. The Charyn canyon in Kazakhstan is deep picturesque gorge. Often it name "young brother" of the Grand Canyon, because of scale and similarity of geological processes. In the conclusion f the tour you will drive to Almaty. Night is in the hotel.