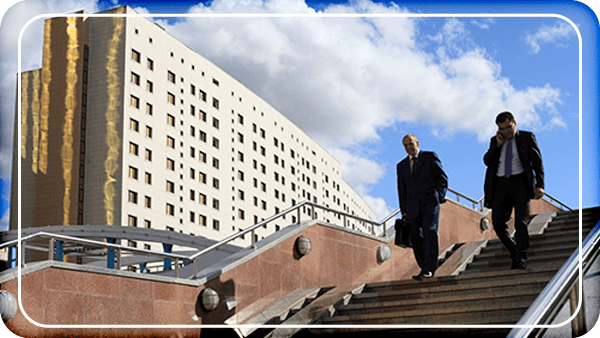 Day 1: Nur Sultan
You will arrive to International airport of Nur-Sultan. You guide will welcome you and you will travel to the city. Nur-Sultan is the capital city of Kazakhstan. You will start you city tour from Constitution Square. It is the place where N.A. Nazarbayev, president of Kazakhstan declared the change of the capital from Almaty to Astana. Then the Presidential Centre of Culture of the Republic of Kazakhstan will open its doors. You will have an opportunity to see the Golden Man, the most valuable archeological heritage of Central Asia. Next stop will be at the Khan Shatyr shopping center. It is an extraordinary architectural work. Here you will understand the city's life better. Later you take a lift to reach the top of monumental tower "Astana-Baiterek". This building opens the greatest view to the city. After lunch at local restaurant, you will visit Kazakh Eli Square via the bridge on Ishym River. Nur Sultan boasts with its modern architectural monuments, one of them is the Palace of Peace and Accord. Later it is worth to see the glorious beauty of the Khazret Sultan mosque. Today's excursion will end at the Palace of Independence. The exhibited long-term plans of Nur-Sultan will make you imagine the city development in 2030. Night in a hotel.

Day 2: Nur Sultan - Almaty
The morning flight will take you to Almaty, the largest city of Kazakhstan and you will start travelling in its southern part. City tour will start from Green Bazaar, where you can find different kind of things; from fresh fruits to national souvenirs. Later you will walk to central park-Panfilov, named for the honor of the soviet commander during World War II. There are many monuments dedicate the heroes of the Great Patriotic War. In the middle of the park, there is a wonderful building, the Zenkov Cathedral. It is the world's most charming and tallest wooden construction. Before going to the Medeo gorge out of the town, you will explore more cultural sites of the city. Medeo Gorge on the south side of the city has the highest alpine outdoor skating rink in the world. Up on the gorge there is a ski resort Shymbulak. When you come back to the city, you will climb to Kok-Tobe hill, where there is a panoramic view of whole city. Furthermore, there is a TV tower that considered to be highest in the world, if we count from the sea level. On the way back to the city, you can take a cableway. Night in a hotel.

Day 3: Almaty - Charyn Canyon - Almaty
Today you will have a grandiose tour to Charyn Canyons. It is also famous as a pearl of Great Kazakh Steppes where many travellers visit and popular all over in Kazakhstan. While you are driving from Almaty, you will have time to listen interesting facts about geography and ethnography of Kazakh people. Massive formations of Charyn Canyon will make you admire. The erosion of eternal forces like the sun and water created these colorful cliffs millions of years ago. The most beautiful part is Valley of Castles; massive silhouette feels like grandiose castles, some of them similar to giant warriors. If you will go down and follow the track, you will find yourself in magic land of fantastic towers, sky bridges, fossilized dinosaurs and other interesting creatures. After entertaining experience in the canyons, we will drive back to Almaty. You will spend night in a hotel.

Day 4: Flight
After breakfast in the hotel, your guide and driver will accompany you to the airport. End of your tours in Kazakhstan.