Journey to the past 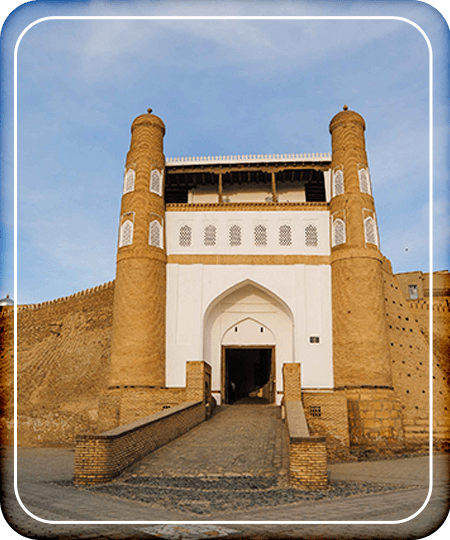 Journey to the past


Day 1: Tashkent - Urgench - Khiva (morning flight)
First arrival to Tashkent and meet your guide before flying to Urgench, a small city in Uzbekistan. After arrival drive to Khiva city. We will start our travelling by embarking the exciting city tour in one of the most ancient cities on the Great Silk Road. The main attraction id Ichan-Qala, it is the central part of Khiva, protected with high walls. Thanks to unique ancient sand buildings, palaces, mosques, madrasahs, mausoleums, minarets, caravanserais and bathhouses, Ichan-Qala looks like a city-museum. There are more than 60 architectural monuments and about 400 traditional houses in Ichan-Qala. Its territory was defined as a historically and architecturally preserved area in 1969. The most important monument in its boundaries is Kunya-Ark fortress. Muhammad Arang Khan constructed it in 17th century. The last sites are the perfect examples of Khorezm architecture: Kalta Minor minaret and Tash Khouvli palace, built in 1830s. You will spend nigh in a hotel.

Day 2: Khiva - Bukhara
Early in the morning, drive to fascinating Bukhara. In this city, there are over 140 historically important monuments of medieval ages. Diversity in style of architecture located in one street is the highlight of the town. In addition to beautiful buildings on the narrow streets, the city is rich in green parks and gardens. On the way to Bukhara, you will drive through the famous Kizilkum deserts. You will have an opportunity to see the deepest River Amu Darya. It is the joint of Panj and Vakhsh river, started from Tajikistan. It flows further into Aral Sea in Uzbekistan. After our arrival, have free time to relax. Night in a hotel.

Day 3: Bukhara
Today you will enjoy city tour in fantastic city Bukhara and begin travelling. The starting point is the oldest citadel of Bukhara- Citadel ark. This historical monument dated back to 4th century and served as a residence for many dynasties of Bukhara Emirate for many centuries. Next is the perfect work of art of 9th-10th century- Samanids Mausoleum. Then Chashma Ayub, known as a Spring of Job and Bolo-Hauz mosque, famous as a mosque of 40 columns mosque built for the memory of the city's governor Abu-Fayud Khan. Later, you will have a chance to visit colorful shopping domes and Lyabi House Ensemble. It is the remarkable site in Bukhara, here you will see famous Nodir Divan Begi madrasah. The last stop will be at Poi Kalon complex consist of three buildings: Kalon minaret, Kalon mosque and Mir Arab Madrasah, the unusual forms of architecture, dating back to 12th-16th centuries, which are famous in Uzbekistan. Night is in a hotel.

Day 4: Bukhara
Today, you will explore the area around Bukhara. After breakfast, we will drive about 12 km to have a tour in a complex of Bahauddin Naqshbandi. Nowadays, it is one of the popular place of pilgrimage for Muslim community from all over the world. Because it is the memorial complex of the outstanding Sufi Philosopher and Leader Bahauddin Naqshbandi. Moreover, he was one of the Amir Timur's spiritual supervisors in Uzbekistan. The mosques of Kushbegi and Muzafarohana, garden with pool, madrasah, and burial places of Bukhara rulers and Dakhma upon the tomb of Saint Bakhauddin Nakshbandi comprise whole complex. Later, we will visit the residence of Bukhara Emirs-Sitorai Mohi Hosa complex. Here you will see the different styles of architecture. The name symbolize the wife of the Emir who died young. It means "Star - like and moon- like Palace". In the end of the day, you will visit Chor Bakr memorial, the remains of the old town at Sumiton village. The four sides of the complex means the Globe and addresses the equality of human beings. It was constructed during the governance of Samanids reign, before 16th century. Stay in A hotel.

Day 5: Bukhara - Gijduvan - Samarkand
In the morning, leav to another amazing city Samarkand for a great tour. En route, we will have a break at Gijduvan village, where worldly known pottery workshop is located and travellers often visit it. The story of the ceramic school of Gijduvan goes back to centuries; here this skill is given from one generation to the next. Nowadays Gijduvan ceramic school boasts with six generation of potters from family of Narzullayevs. These heritages make it popular worldwide. Works of the school famous for its design of geometrical ornaments. Here artists work mostly with green and blue colors. Drive to Samarkand and stay in a hotel.

Day 6: Samarkand
Today you will spend whole day in mysterious city Samarkand during city tour. It is one of the oldest cities, coeval with Babylon and Rome and the second biggest city in whole Uzbekistan. Samarkand lies in the Zerafshan river valley. The most attractive places of Samarkand are Registan square, Shakhi-Zindeh, Mausoleum Guri Emir and Bibi Khanum Mosque. Registan square, located between three mesmerizing Madrasahs, which provides spectacular view. These monuments is making every visitor admire the unique beauty. Another stunning architectural complex is Shakhi-Zindeh, which is on the list of UNESCO World Heritage Site and may people visit it during their travels in Uzbekistan. It includes the largest number of mausoleums going back to 11-15th centuries. Next site is Bibi Khanum Mosque, which was constructed for the honor of Tamerlane's wife, following his victorious battle in India. Night is in a hotel.

Day 7: Samarkand
After breakfast at the hotel, you will go on Samarkand sightseeing. The first is Ulughbek observatory, which was built by local leader and scientist Ulughbek in the 15th century. In 1437 Ulughbek created catalog called "Zidji Guragoni", where he tells about 1018 celestial bodies. Unfortunately, he was murdered by the arrangement of his son. After the observatory, you will enjoy walking local Broadway, full of workshops, teahouses, souvenir shops and sweets. Later you will go to oriental bazaar Siab, where you can find Uzbek traditional handicrafts. Furthermore, you will have possibility to visit the handmade factory of traditional carpets during your tours. There are 400 women make carpets without using traditional tecniques. You will continue to local paper factory, where local masters manufacture original silk papers. Overnight in a hotel.

Day 8: Samarkand - Tashkent (transfer or train)
You will take morning train to capital city Tashkent. Today you will continue your travelling by exploring city starting from Independent Square, erected for the glory of the victory over the fascist Germany in the Second World War. Later, you will take a walk to Amir Timur Square through the Broadway, popular in Uzbekistan. Further, you will enjoy your tour in the ancient part of the city: Chorsu Bazaar, old Kukaldash Madrasah and other madrasah, mosques and mausoleum in the famous Has Imam complex. Has Imam Complex proud of Othman Quran, the world's earliest Quran copy dating back to 8th century. This valuable treasure was the possession of Othman Ibn Affan, one of the four Caliphs who succeeded the prophet Muhammad. Later in 8th century, he was murdered by non-muslims. Nowadays, it is possible to see his blood stains on the book during your tours in Uzbekistan. Night will be at the hotel.

Day 9: Tashkent - Chimgan Mountains - Tashkent
Today we will enjoy the natural beauty. In the morning, we will drive to Chimgan Mountains. Here, we will take 30-minute chair lift to get to Beldersay peak. On the top of the peak, you will have some free time to explore surrounding. En route to the city, we make a break along the Charvak Reservoir. Charvak is a human made lake, popular place for local holidaymakers. Especially people from Tashkent region com to have in summer holidays; swimming or tanning on the beach. Return to Tashkent. End of tour in Uzbekistan. Night in a hotel.

Day 10: Flight
After breakfast at the hotel, transfer to airport to next journey.