Usually, tourists take the tours with Kyrgyzstan cars for rent service from our company and go to travel and learn about the rivers of the country, of which there are about 40,000 rivers. Now every tourist has the opportunity to take cars rent Kyrgyzstan service and travel around a unique country.

The confluence of the two rivers Big and Small Naryn form the longest river in Kyrgyzstan called the Naryn River (535 km). The confluences of this ancient river organize the branches of the At Bashi and Kekemeren, going to the Toktogul reservoir. Another long river in the country that can be seen on the tour with car rent Kyrgyzstan service is the Talas River. The Talas River is famous for the fact that the Chinese were defeated on the banks of the river in 751, which led to the end of the Western Expansion. Travelers see the Chui River in the Boom Gorge. On the Khan Tengri ridge, guests of the country can see a river called Sary Jaz, where, by the way, proposals were made in 2003 to create a bridge, but they were not crowned with success. Another mountain river in Kyrgyzstan called Chatkal is located in the west of the Tien Shan Mountains and occupies 120 km of the Chandalash ridge. 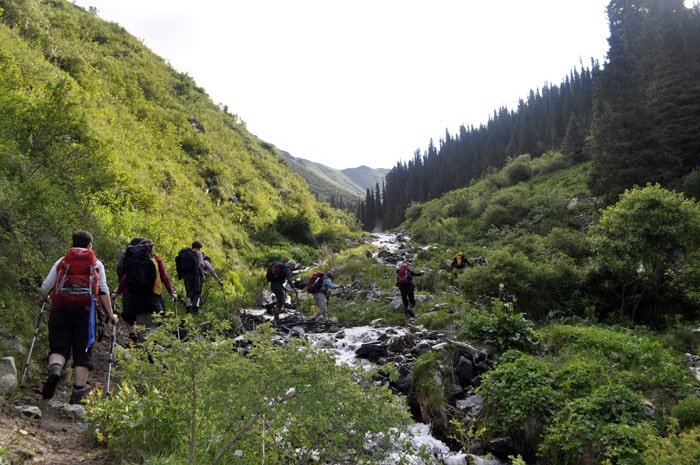