This article was created with an aim to give more details of the peaks of Kyrgyzstan, with an idea of giving the data of the peak Khan Tengri. This is the top with the height of 6995m. But it can be even seen higher, with the snow cap getting the 7010m. That is why it is often seen as the popular site for the tour to be taken. Due to this fact invitees see it as an interesting point before they travel here. The peak is known to be placed in the region of Issyk Kul, taking the border with Kazakhstan, our neighbor.

In the course of the tour, often on cars for rent, people find it as being the "Prince of Spirits" or "Ruler of the Sky". According to the historical views, the peak had different names, depending on the time of the history. The other name to the peak was given due to the mistake of the investigator, as he saw it as the peak Pobeda. But the very name of the original is Kan Tau (Blood Mountain). Such a name was given to the peak due to the great amount of the vaulters, trying to cover it, but failed. At the other idea, the name is given due to the beautiful red sunsets. 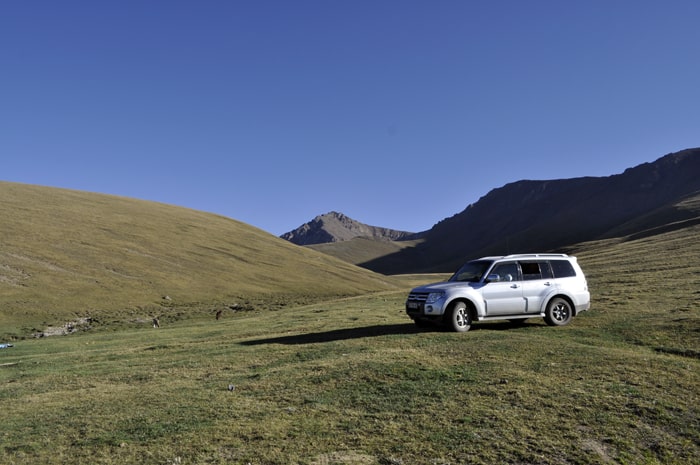 Kyrgyzstan is an amazing country and it is known to be the perfect country, so rented cars are required to be taken. Also the peak is known to have been tried vaulted in 1931. There was a team from Ukraine, and they were the first ones to climb it. By the way, in the times of the Soviet Union, people were not allowed to get into the mountains, and for the reason of getting there you must have needed the special permission. This can be described by the unfamiliar territory. Today everyone is able to travel here in Kyrgyzstan, and be amazed by the splendid territories. You are also able to have a view of the Enilchek Glacier and Merzbacher lakes. Here there are lots of the valleys and rivers, be the one to wander the gorges of the land.